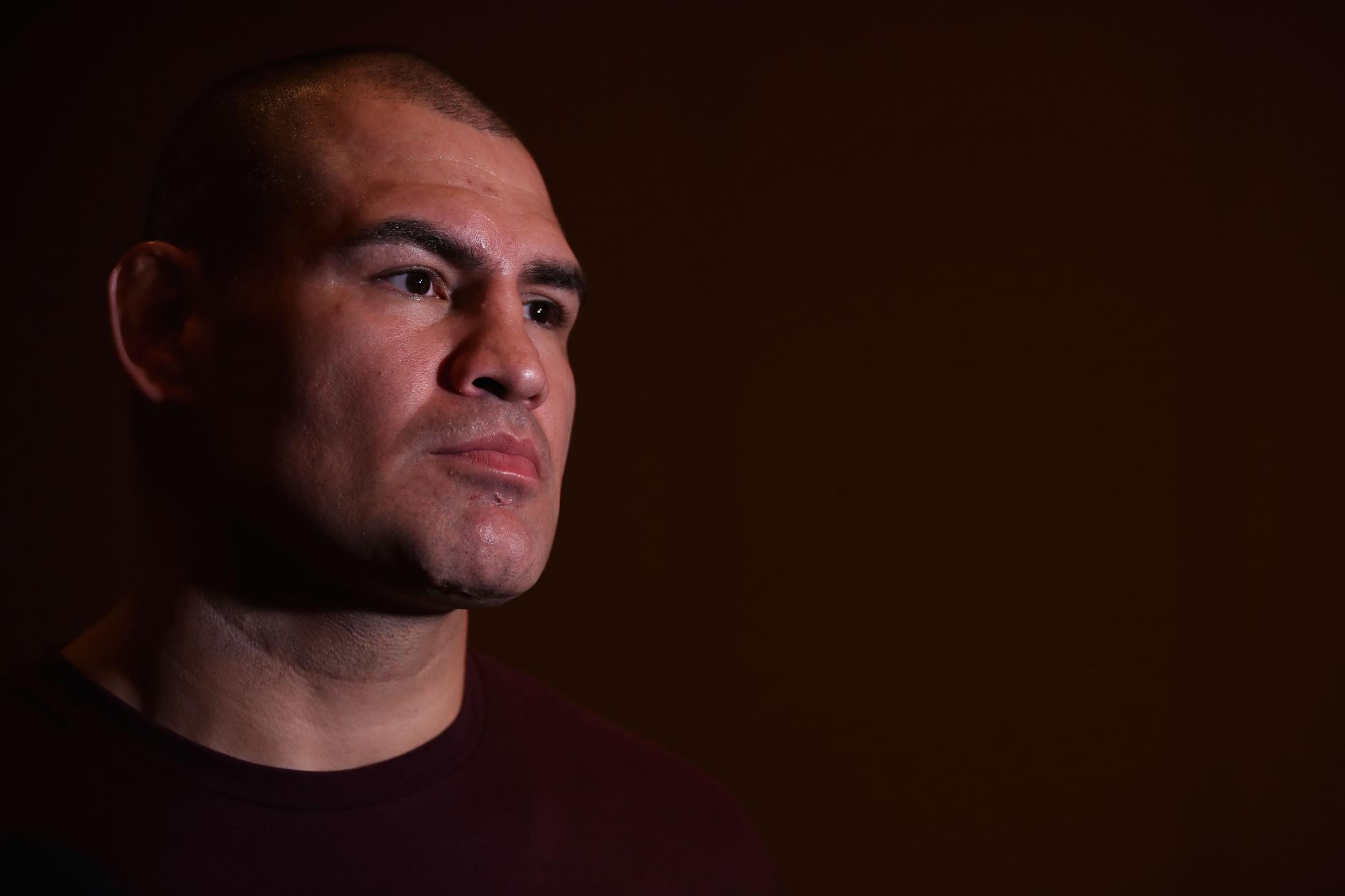 Velasquez: "This Is The Perfect Time For Me To Come Back"

After A Few Years Off, Cain Velasquez Is Ready To Recapture His Grip On The Heavyweight Division
By Thomas Gerbasi • Feb. 15, 2019

Out of the Octagon for 31 months following his 2016 win over Travis Browne, you might think that as Cain Velasquez got his body healthy and spent time with his wife and two kids, he might have lost his competitive edge leading into his Sunday return against Francis Ngannou.

Come on, this is Cain Velasquez, two-time UFC heavyweight champion and one of those guys who even has to win a game of checkers at all costs. So as he speaks of his time off, he mentions his stint as coach of his daughter Coral’s soccer team and happens to throw in a mic dropper.

“Two seasons undefeated,” said Velasquez, showing that maybe when this MMA thing is done, he can coach a little soccer. But this MMA thing isn’t over yet. Not by a long shot. But after he beat Browne at UFC 200 and a brief break turned into one that lasted over two and a half years, he embraced his time away.

“It was all positive,” he said. “The time that I was away was something that I cherished. It’s very rare that somebody gets to step away from what they do for work and be at home and be with their family.”

It’s even rarer that someone coming off a big win and in prime form does it. But Velasquez has never fit the prizefighter stereotype. That’s what made him special when he was wrecking the likes of Ben Rothwell, Minotauro Nogueira, Brock Lesnar, Bigfoot Silva and Junior Dos Santos, and if you called him the greatest heavyweight in UFC history, despite losses to Dos Santos and Fabricio Werdum, you would get few dissenters.

Relive Cain Velasquez's journey back to the ring as he prepares to face off against Francis Ngannou, from defeating Brock Lesnar in 2010 to win the heavyweight title where he tore his rotator cuff and lost his first title defense, won it back but lost it again, as injuries continued to mount. In 2016 he decided to step away from the UFC and spend time with his family, stepping away from the sport for two and half years. Brett Okamoto narrates his journey back to the octagon.

But now there are questions. Did Stipe Miocic take that mantle as the best ever from him? Can he regain his past form? And the biggest and most pressing question – can he take the thunder Ngannou will be throwing, and if he loses, where does that put him in the division?

Velasquez only thinks winning, though, so he’s unconcerned with anything that doesn’t involve getting his hand raised in Phoenix this weekend.

“Ultimately it (the goal) is being the best; it’s being the UFC heavyweight champion,” he said. “That was one goal I had in my life to achieve, and being able to achieve it was great. And now looking forward, I’m always looking to be number one, always looking to beat everybody, to beat the best guy in front of me. I think that’s always just a part of me, so I’m gonna continue to do that.”

In other words, it’s as if the layoff never happened. He beat Travis Browne convincingly and now he plans on doing the same thing to Ngannou.

“From head to toe physically, I feel stronger, I feel more explosive, more powerful than before,” Velasquez said. “Mentally, I feel that I’ve grown as a fighter as well, so all in all, I feel a lot better than my last performance in the UFC. This is the perfect time for me to come back.”

That confidence doesn’t equate to recklessness, though, because being reckless with Ngannou usually ends up with a fighter staring up at the lights wondering what truck just hit him.

Cain Velasquez knows he can get back to the greatness he once had as UFC heavyweight champion.

“I have to be really smart with my attacks, with my defense,” said Velasquez. “I have to move correctly and I can’t stay in front of him because that’s where he’s the most dangerous. I’ve got to throw a lot at him. He’s a strong, tough opponent and that’s the opponent I want coming back.”

Yeah, guys like Velasquez don’t want gimmes. And even though the division has changed dramatically since he was last in the Octagon, Velasquez isn’t concerned. Remember, if you’re the best ever – whether in your mind or in everyone else’s mind - anything less than that doesn’t intimidate you.

“I just know I have what it takes to beat everybody,” said Velasquez. “I know that standing toe-to-toe out there, me against somebody in the cage, I’m gonna find a way to beat them. There’s nobody that can hang with my pace, can defend the type of arsenal that I’m gonna throw at them. I know I can get back to that greatness of being heavyweight champion again and I will.”