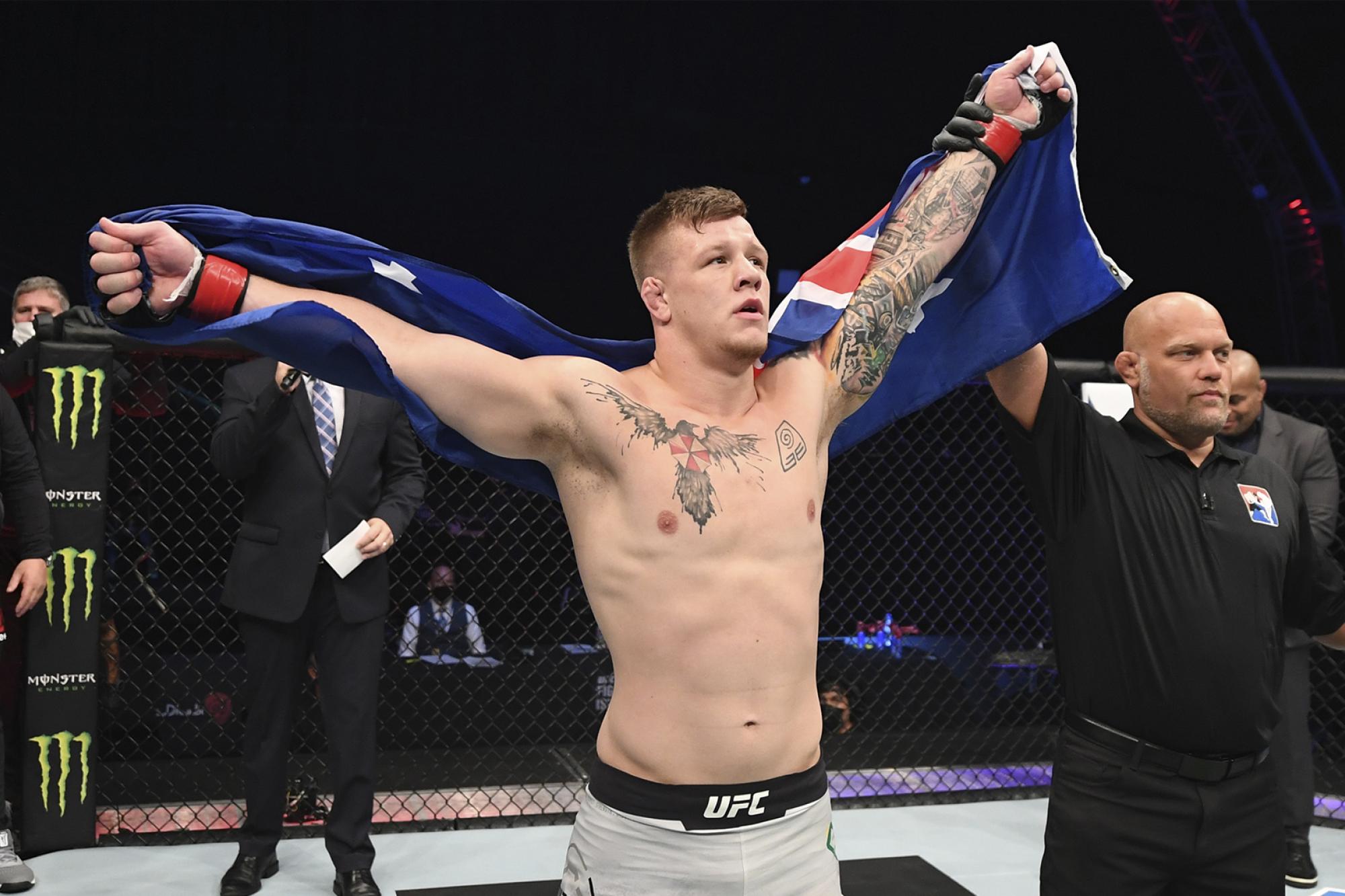 Fight Of The Night

Order UFC 254 On Any Device 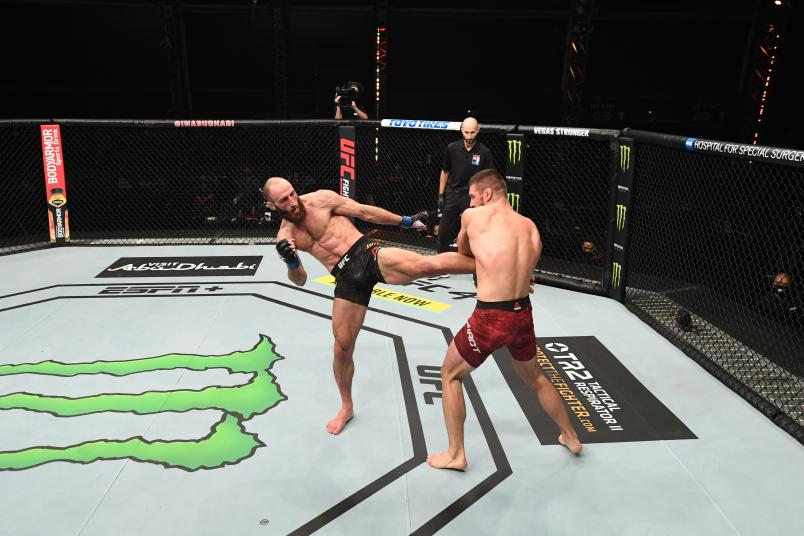 A pair of debutants duked it out in the lightweight division with a display of beautiful violence as Guram Kutateladze took home a split decision win over Mateuz Gamrot.

To open the bout, Gamrot took the fight to the canvas and Kutateladze countered by searching for submissions off his back. Eventually the roles were reversed before getting back to their feet as the two shared a high-paced first round that continued into the second.

Kutateladze got his striking going in the second frame and fended off Gamrot’s attempts to engage in grappling sequences and was able to find a bit of a rhythm. While Gamrot turned it up in the third round, Kutateladze did enough to score a close win and give Gamrot his first professional loss.

Performance Of The Night

In a clash of light heavyweight prospects, Jimmy Crute showed what a few UFC fights can do for an up-and-comer as he found an emphatic finish over highly-touted Modestas Bukauskas in the first round.

To start, Crute focused on Bukauskas’ legs, hacking at them with heavy leg kicks and he managed distance well. It wasn’t long before he felt satisfied with his work and started to throw his hands up close and with pressure. As Bukauskas attempted a leg kick of his own, Crute countered over the top with a right hand, dropping Bukauskas to the mat. Crute followed with a hyper-accurate uppercut and then another follow-up punch to end the fight a hair past the two-minute mark in the first round.

How To Watch UFC 254 From Anywhere In The World

The performance was a solid look at Crute’s evolution from up-and-comer to a potential problem at 205 pounds sooner rather than later. The Australian showed a maturity and patience that put his physical tools to best use, and it culminated in a mature yet devastating performance.

In her flyweight debut, Jessica Andrade announced herself as a fun and new flyweight contender with a bulldozing finish of Katlyn Chookagian in the first round.

Andrade showed that the height and length difference was no factor, closing the distance with ease and landing a takedown within the first minute of the bout. While Chookagian did well to return to her feet, but Andrade’s well-known strength helped to maintain pressure along the fence and wear on Chookagian. After dealing with some rangy strikes from the former title challenger, Andrade secured her signature slam and unleashed some ground-and-pound. As the two rose to their feet, Andrade unleashed a hook to the body that got a big reaction from Chookagian. Immediately, Andrade blitzed Chookagian, quickly landing another short shot to the body that crumbled the American, securing a win in her third weight class.

With the flyweight division wide-open and begging for a challenger to Valentina Shevchenko, Andrade is potentially the most interesting and most dangerous threat to the indominable 125-pound champion thus far.