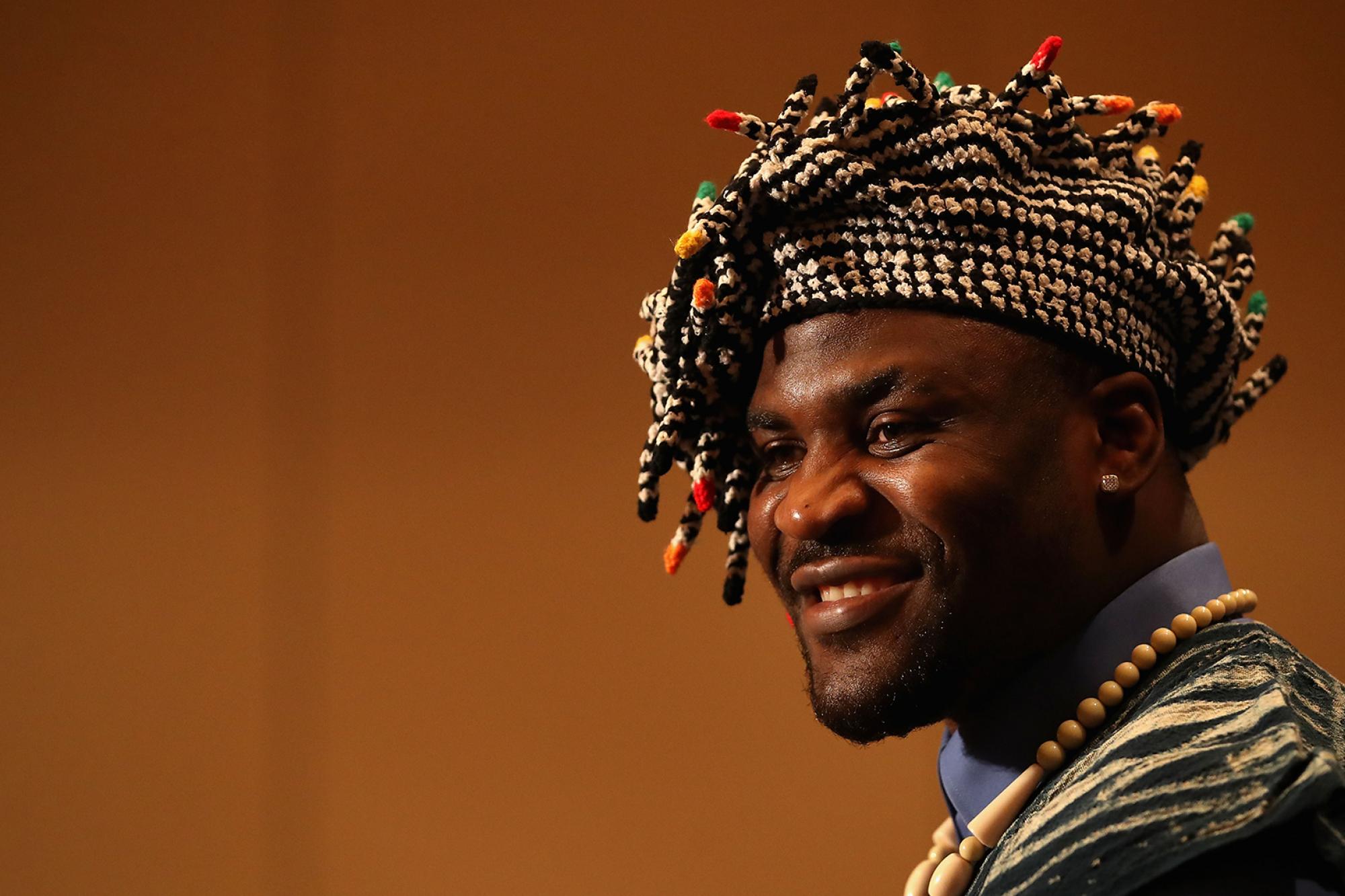 Ngannou Has His Eyes On The Prize

Francis Ngannou Believes That A Win Over Cain Velasquez Puts Him Next In Line For A Title Shot
By Zac Pacleb • Feb. 15, 2019

Facing a legend can be daunting, but for Francis Ngannou matching up with Cain Velasquez won't make him nervous.

Ngannou is coming off a quick TKO victory over Curtis Blaydes and is feeling more focused than ever. "The Predator" believes that a win over the former heavyweight champion will help propel him right back to a title shot.

"I think the only thing I have to do is to beat Cain."

We caught up with Ngannou to discuss his personal growth, what he thinks about Velasquez, the match-up and what it would mean for him to defeat Velasquez at UFC Phoenix.

UFC:  Bouncing back from your losses with a big win over Curtis Blaydes, what did that performance do for your confidence?

FN: It helped me a lot. It helped me to bounce back and get back confidence and feel good. I felt very good after the fight, actually. I’m walking into this fight very confident and very calm.

UFC: What did you learn about yourself facing the adversity of those losses?

FN: I learned that I’m there to do a lot, but sometimes I can (struggle), but I’m still able to do a lot to always beat true adversity, and then always bounce back.

UFC: Why did you want to fight Cain Velasquez?

FN: I decided to fight him because he was, when people told me about MMA, about five-and-a-half years ago, I went on YouTube trying to check who were the heavyweight champ, and Cain Velasquez was the UFC champ at the time. I started to watch his fights against Junior (dos Santos), Allistar (Overeem), Brock (Lesnar), and Cain was the top of the list. I said, ‘If you have to fight this guy some day, then great.’

UFC: You’ve watched mnost of fights, so what to expect to see from him when you’re staring across the Octagon?

FN: I except to see him performing, giving his best, and I’ll do the same. I’m going to take the win.

UFC: When you learned who Cain Velasuez was and watched his fights, did you take anything from those fights and implement it into your own game?

FN: At that time, no because I didn’t know s*** about UFC. I just watched the fights. It was fun, I didn’t know what it was exactly, so I had to learn at that time. But now, I know that he’s a wrestler, a very good wrestler. He’s well-rounded, but mostly a wrestler, and I’m a better striker than him, and I also have knockout power, so I can use that and get the job done. 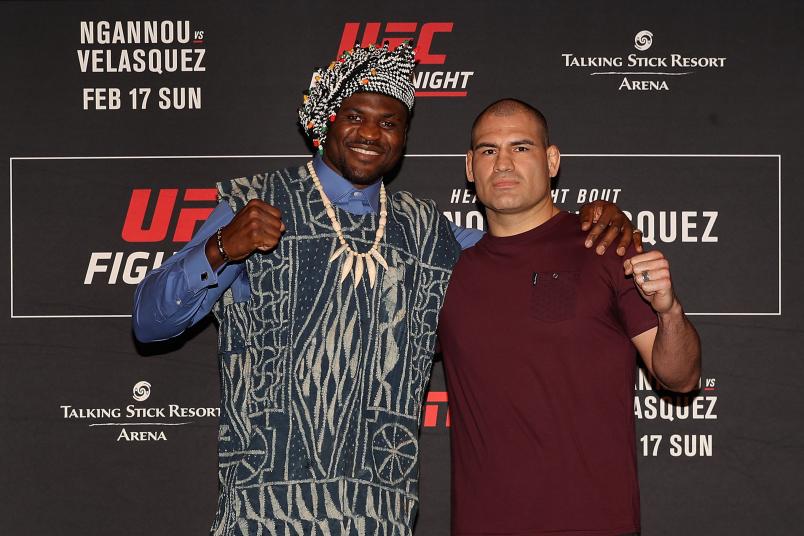 Francis Ngannou and Cain Velasquez pose together during a press conference on February 15, 2019 in Phoenix, AZ.

UFC: What would it be like for you to beat someone who helped you learn about UFC?

FN: That would mean a lot. That’d mean I’m a great fighter too, and then that means that I deserve a title shot again.

UFC: Speaking to that, what do you want to prove from this performance?

FN: What I want to prove in this fight is that I can beat everyone, and also that I can have fun. Play my game. Just care about me. As a fighter, not care about anyone else. Just be in there by myself.