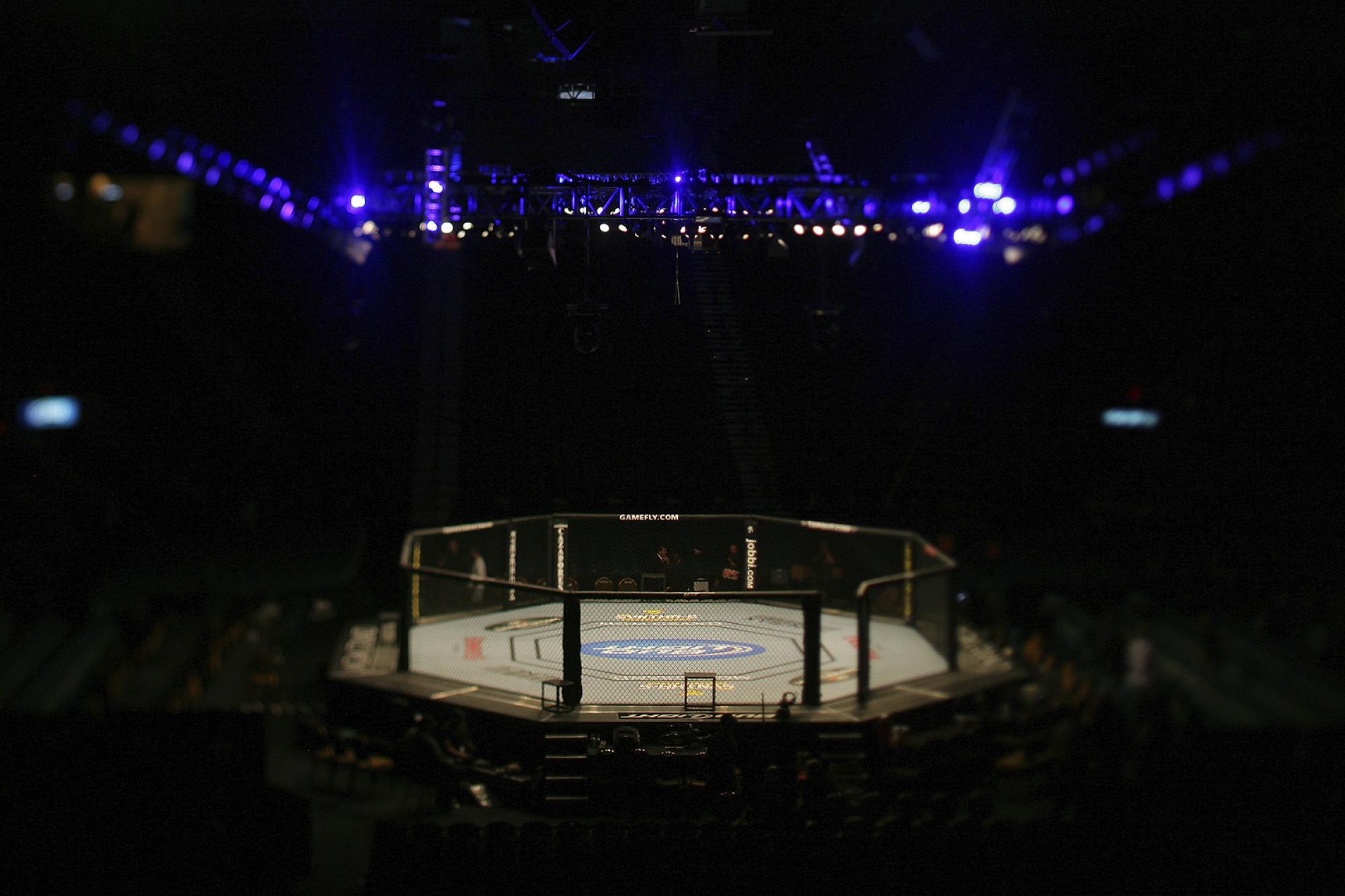 Nearly 14 years later, it’s still unforgettable. Take a look back at the unlikely battle between Scott Smith and Pete Sell.
By Thomas Gerbasi, on Twitter: @TGerbasi • May. 21, 2020

As odd as it may seem to those outside the fight game, sometimes the best fights are between friends. Take the 2006 bout between Scott Smith and Pete Sell.

Seemingly polar opposites from different sides of the country, California’s Smith and New York’s Sell were at pivotal points in their careers when they became teammates on season four of The Ultimate Fighter.

Smith lost his first and only UFC bout to David Terrell in a little over three minutes in April 2006, while Sell was looking to get back into the Octagon after going 1-1 in the promotion a year earlier. Sell would make it to the semifinals on TUF 4 before losing to eventual winner Travis Lutter, while Lutter bounced Smith from the competition in the quarterfinals.

Both would get a call to compete on the TUF Finale card on November 11, 2006, though. Against each other.

When I spoke to Sell before the fight, he recalled a phone conversation between the two. 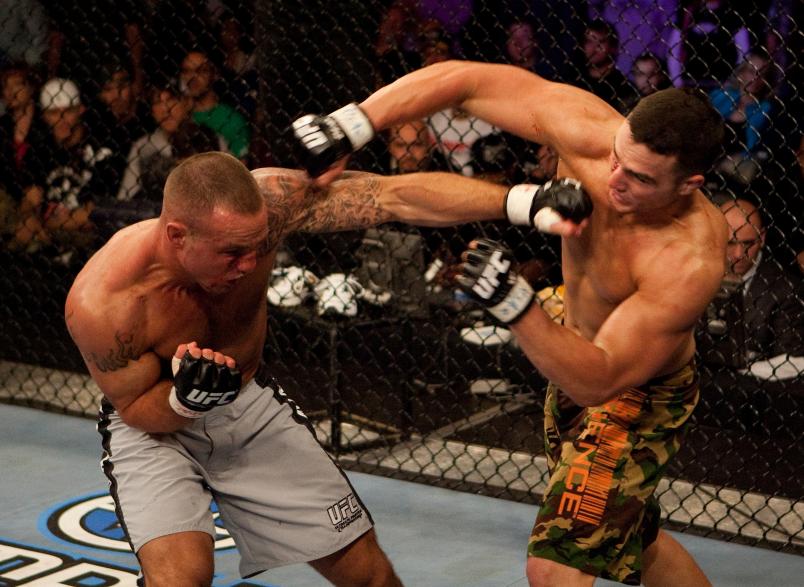 Scott Smith and Pete Sell exchange punches at The Ultimate Fighter 4 Finale at the Joint at the Hard Rock on November 11, 2006 in Las Vegas, Nevada. (Photo by Josh Hedges/Zuffa LLC via Getty Images)

There was a moment of silence…then laughter.

“We were the last middleweights to get called to fight, so that’s how we got paired up,” explained Sell, who became friends with Smith during their stay in The Ultimate Fighter house.  “He was one of my main training partners on the show, and we know each other’s strengths and weaknesses, so it’s gonna be a good fight.  I told him we’re gonna put on a war.”

“I guess a little bit,” admitted Sell.  “It’s kinda weird because you want to be that killer in there and you want to take the guy out, but then again, it’s your boy, so you kinda want to see him do well too (Laughs) – you’re stuck between a rock and a hard place, but what are you gonna do?” 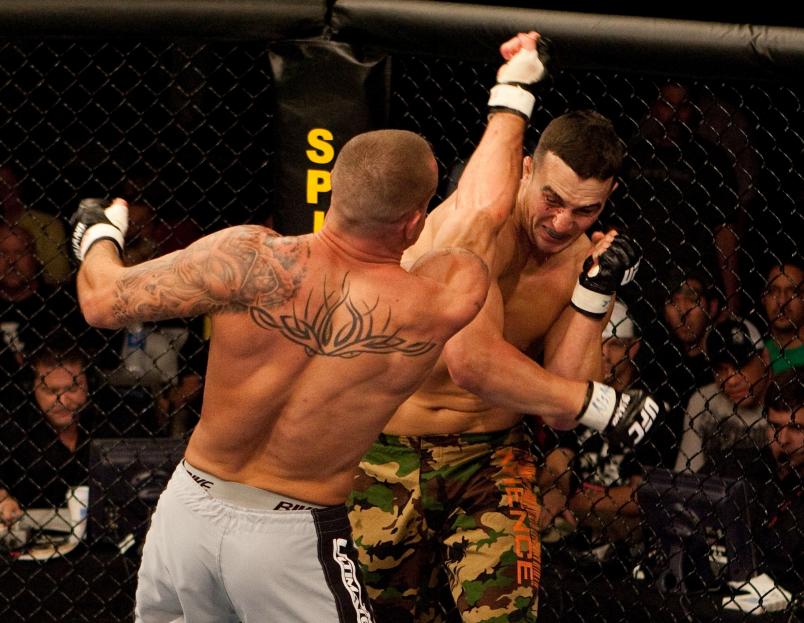 Scott Smith and Pete Sell exchange punches at The Ultimate Fighter 4 Finale at the Joint at the Hard Rock on November 11, 2006 in Las Vegas, Nevada. (Photo by Josh Hedges/Zuffa LLC via Getty Images)

They did what fighters do, putting their friendship aside for 15 minutes or less to go to work. What resulted was a finish that will live on UFC highlight reels forever.

Here’s how I called it that night in Las Vegas…

TUF 4 middleweights Scott Smith and Pete Sell promised the fight of the night, and the two buddies certainly did their best to deliver on that promise, with an entertaining war that ended with what was unquestionably THE knockout of 2006.

After a first round that was punctuated by a laser-like left hand from Smith, a series of hellacious haymakers from Sell, and a couple of stoppages that saw both fighters stop, smile, and high five each other, the two combatants continued to throw leather in the second frame.

Sell trudged forward after Smith, fighting through a cut under his right eye, and finally hit paydirt with a brutal left to the body.  Smith doubled over in pain and Sell moved in for the kill.

That one punch, a right to the jaw of the onrushing Sell, dropped the New Yorker immediately and brought in referee John McCarthy to halt the bout at the 3:25 mark.  As soon as the fight was stopped, Smith joined Sell in pain on the canvas.  It was an unforgettable ending.

Nearly 14 years later, it’s still unforgettable. And if you haven’t seen it, go to UFC FIGHT PASS immediately and check it out.