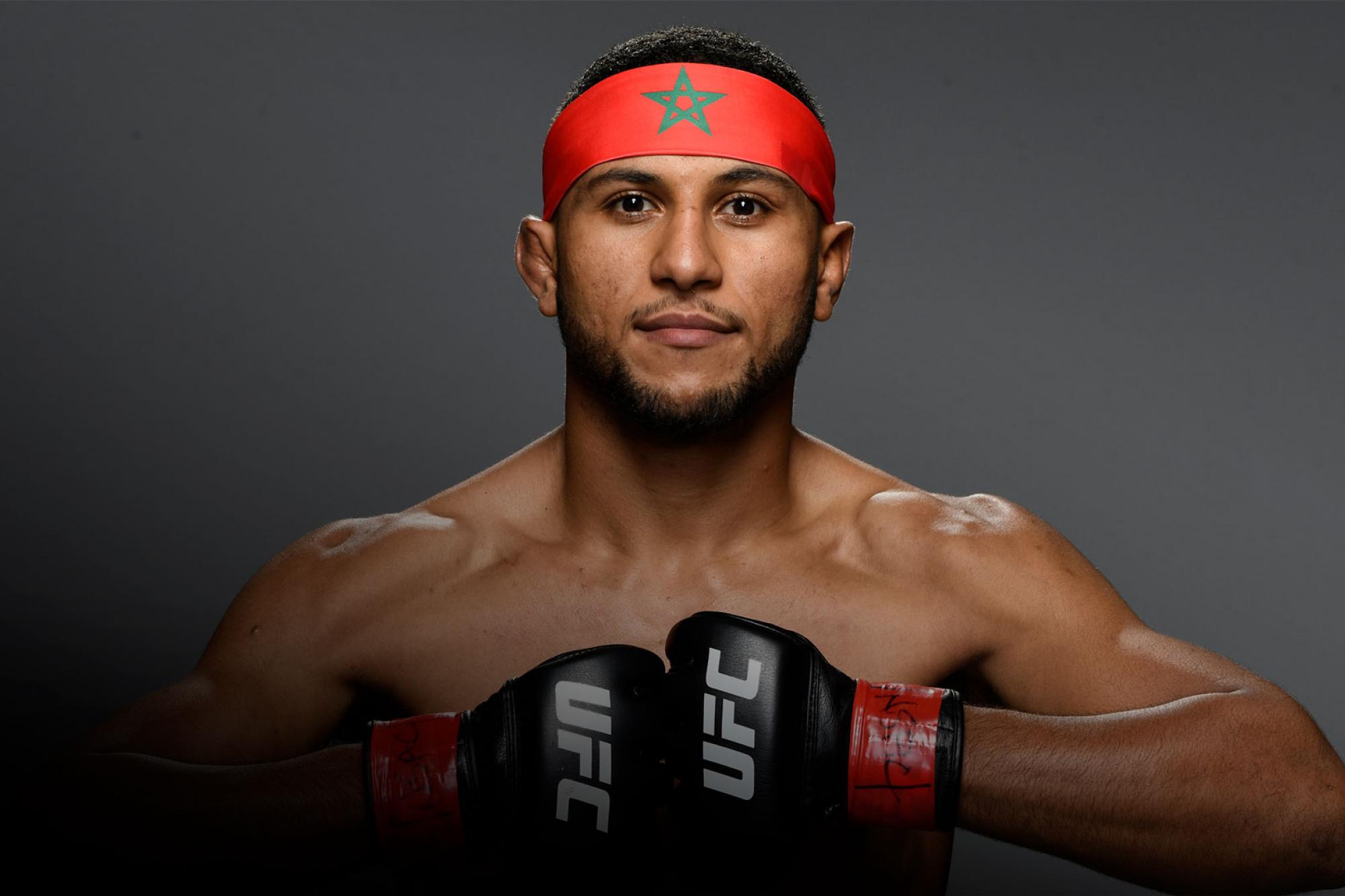 Fighters On The Rise: October 10 Edition

Take a closer look at three fighters poised to emerge ahead of their bouts October 10's Fight Night
By E. Spencer Kyte, on Twitter @SpencerKyte • Oct. 4, 2020

The next card in the UFC’s second visit to Fight Island is a banger featuring a number of intriguing matchups across myriad divisions, headlined by a Top 5 pairing in the bantamweight ranks between Marlon Moraes and Cory Sandhagen.

What really makes this card special, however, are the number of opportunities there are to get a closer look at a collection of emerging talents who have either already made quality initial impressions or will be making the walk to the Octagon for the first time carrying some hype.

This is one of those instances where being limited to spotlighting three up-and-coming fighters to track going forward means that several others won’t be mentioned, but fans and observers should absolutely be keeping tabs on the likes of Tracy Cortez, heavyweights Rodrigo Nascimento and Chris Daukaus, unbeaten lightweight Omar Morales, and newcomer Tagir Ulanbekov.

On a fight card flush with promising talent, these are the three athletes who stand out the most and have the potential to factor in their respective divisions in the not too distant future.

This is the October 10 edition of On the Rise.

Even if he didn’t step into the Octagon again this year, Youssef Zalal will have already put together an outstanding rookie campaign in the UFC, having earned a trio of decision wins to push his winning streak to four and establish himself as one of the top young talents climbing the ranks in the talent-rich featherweight division.

But Saturday night in Abu Dhabi, “The Moroccan Devil” goes in search of his fourth victory in 2020 when he takes on undefeated finisher Ilia Topuria.

Zalal’s success hasn’t been a surprise to those that watched him compete on the regional circuit, where the Factory X Muay Thai product was a staple under the LFA banner, amassing a 4-2 record where his losses came on the cards and his victories came inside the distance. While he’s yet to find a finish inside the Octagon, the attacking style that resulted in a 100-percent finishing rate prior to his arrival in the UFC remains, as Zalal has been able to operate at a pace that Austin Lingo, Jordan Griffin, and Peter Barrett simply couldn’t contend with inside the cage.

While forecasting a fighter’s future is challenging because there are so many variables to consider, there are obvious elements that have Zalal set up for potential long-term success and championship contention in the future.

In addition to training with a terrific team at Factory X, he turned 24 last month, and has already garnered 45 minutes of Octagon experience against solid competition. Mix in that he’s tall for the division at five-foot-10 with a dangerous 75-inch reach and showed tremendous finishing instincts on the regional circuit, and it’s easy to envision a slightly older, even more seasoned version of Zalal presenting all kinds of problems in the featherweight division. 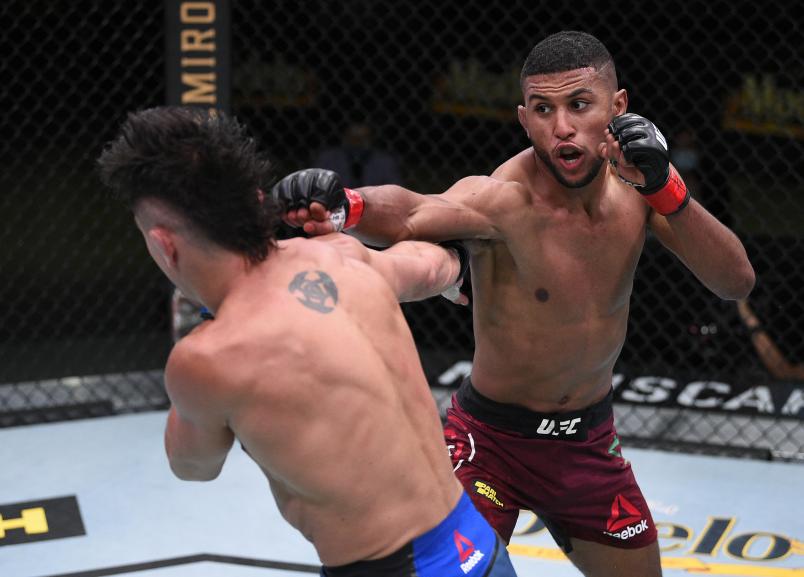 As difficult as it can be to project how a prospect’s career will play out, it’s even more challenging when you’re talking about heavyweights because more than any division, a single clubbing blow can stop an upstart’s climb dead in its tracks. As a result, I have a tendency to hold back a little when it comes to getting hyped up for heavyweight newcomers because, as I said, one clean shot derails things.

Having said all that, Team Kaobon’s Tom Aspinall is someone fans of the heavyweight division should familiarize themselves with because there is a very real possibility that the British knockout artist is going to become a fixture in the Top 10 and an entertaining fighter to track in the very near future.

The 27-year-old went 6-2 on the regional circuit before arriving in the UFC, returning from an extended hiatus to register a pair of first-round stoppage victories in 2019 before matriculating to the Octagon earlier this year. In his debut, Aspinall needed just 45 seconds to dispatch Jake Collier, laying him out with a picturesque right cross that was honed when he crossed over into the professional boxing ranks and served as a sparring partner for “The Gypsy King,” Tyson Fury.

Aspinall is an imposing figure in a division filled with imposing figures and trains with an elite camp in Liverpool under Colin Heron, so the potential is there for him to string together a couple more victories, land himself a spot in the rankings, and a date with an even more established foe, especially if he can replicate his debut performance in his sophomore outing on Saturday evening.

If you’re not someone who regularly watches international MMA in addition to your weekly diet of UFC content, you’re going to have to trust me when I tell you that Dricus Du Plessis is an exciting new addition the middleweight ranks.

A standout in South Africa’s EFC promotion that has held both the welterweight and middleweight titles in the past, the 26-year-old arrives in the UFC with a 14-2 record and a matchup against Markus Perez in his debut.

As good as his run under the EFC banner was — and it was great, as Du Plessis went 12-1 with his lone loss coming against eventual UFC competitor Garreth McLellan — the performance that really put him on the larger MMA radar was his second-round stoppage victory over Roberto “Robocop” Soldic in their main event clash at KSW 43.

Soldic is a wrecking machine who had won seven straight heading into the fight — and has won four straight since, including avenging his loss to Du Plessis — and “Stillknocks” stepped in and went toe-to-toe with the Croatian standout and put him on the deck 97 seconds into the second round. He’s rebounded from his rematch loss to Soldic with two more stoppage wins and now gets the chance to make an instant impact in the UFC middleweight ranks with this pairing against Perez.

One of several former LFA middleweight titleholders currently active on the UFC roster, “Maluko” is 2-3 inside the Octagon, most recently landing on the wrong side of the cards against his countryman Wellington Turman last November. The aggressive and unorthodox Perez seems to value entertaining above simply stacking victories, which makes him fun to watch and a dangerous opponent, as he’s always attacking.

That style should afford Du Plessis opportunities to get off plenty of offense of his own and if he can turn this short-notice assignment into an impressive debut victory, fans should expect to hear a lot more about the promising South African newcomer in the months ahead.